The Chancellor, Rishi Sunak, today delivered his second Budget, and were there any real surprises in there?

Much had been made in the press about a possible increase in Corporation Tax and even Capital Gains Tax but with the effects of COVID 19 on the economy and government support for business continuing well into 2021, how would this balance out.

Whilst the Corporation Tax rise did come to fruition, it was perhaps more what he didn’t do in terms of freezing the tax-free personal allowance, higher rate tax bands (Scottish government does of course set it’s own rates here), Inheritance Tax nil rate band and residence nil rate band, Capital Gains Tax annual exemption, and pensions lifetime allowance frozen until April 2026 which will affect most; back to the days of fiscal drag/stealth tax!

A snapshot of the upcoming changes are set down in the following extract from those published on the Treasury’s website:

Capital Gains Tax Annual Exempt Amount (AEA) uprating – The value of gains that a taxpayer can realise before paying Capital Gains Tax, the AEA, will be maintained at the present level until April 2026. It will remain at £12,300 for individuals, personal representatives and some types of trusts and £6,150 for most trusts.

Corporation tax – To balance the need to raise revenue with the objective of having an internationally competitive tax system, the rate of corporation tax will increase from April 2023 to 25% on profits over £250,000. The rate for small profits under £50,000 will remain at 19% and there will be relief for businesses with profits under £250,000 so that they pay less than the main rate. In line with the increase in the main rate, the Diverted Profits Tax rate will rise to 31% from April 2023 so that it remains an effective deterrent against diverting profits out of the UK.

VAT threshold – The VAT registration and deregistration thresholds will not change for a further period of two years from 1 April 2022, giving businesses certainty.

In these unprecedented times information is constantly changing and so please follow the links to Government information on the above.

30 Day CGT Return to be made on Property Disposals

From 6 April 2020, you will need to report and pay Capital Gains Tax to HMRC within 30 days of completion on the disposal of a residential property in the UK which is not wholly covered by PPR, and a Tax Return will still need to be made.

Full details can be found by using the following link: 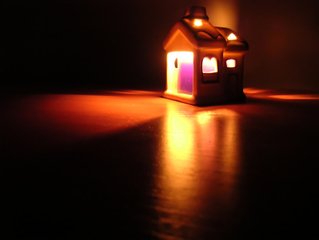 Is it the ‘end of austerity’ as Chancellor Philip Hammond claimed in his Autumn Budget on Monday 29 October 2018?

We’ll leave you to form your own opinion there, but for now here is a brief summary following our review of Budget 2018 which may be of interest to our clients in particular:

Have a look at the information notes on gov.uk’s website for more:

Chancellor Philip Hammond gave his Autumn Budget on 22 November 2017 but apart from the somewhat poor jokes what was in it for you?!

We think it was perhaps more what he didn’t do that made the difference, specifically by freezing the VAT threshold which had been rumoured to be reduced significantly bringing the extra burden of VAT to more small businesses and their customers.

The ‘headline grabber’ for first time buyers and the temporary reduction in Stamp Duty Land Tax (SDLT) does not, of course, apply here in Scotland with us having the Land and Building Transaction Tax (LBTT) so the ‘Tartan Budget’ is another one to watch out for and Finance Secretary Derek Mackay will be presenting the next Scottish Budget on 14 December.

We are an established small independent firm of chartered tax advisers based close to Edinburgh city centre and well placed to cover Edinburgh, West Lothian and Glasgow.

Providing a personal, friendly and complete tax service at competitive rates. Listening to our clients and acting proactively in their interests to deliver best advice.

All of our work is subject to the ethical guidelines and professional rules of the Chartered Institute of Taxation, assuring you of the highest possible standards.